January 05, 2012
We just got back from our short trip to Paris. We stayed in a pretty little apartment in Montmartre just off the Rue Abbesses. We seemed to get through a lot in two and a half days: the Musée de l'Orangerie with Monet's water lilies was the highlight, but we also took in the Père Lachaise cemetery, the Quartier Latin, the Eiffel Tower and two lovely movies about movies which I thoroughly recommend: The Artist and Hugo (called Hugo Cabret in French). If you are at all a film buff see these films! Okay, if you are a film buff you've probably seen them already. The first picture is from the top of the Eiffel Tower. It looks like the Earth is being phasered from space, but it's just the projector from the top of the tower pointing towards the Sacré Coeur. the second shows yours truly with wife and son. 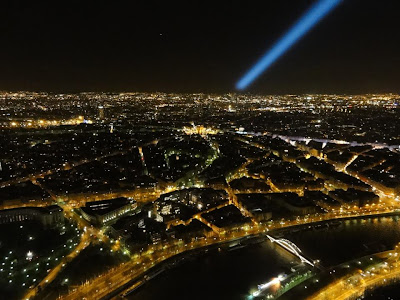 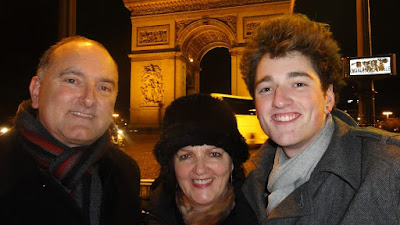 Now, here's an odd one. The film Hugo Cabret is really all about Georges Méliès, the pioneer of French
cinema (think of that image of a rocket stuck in the moon) . We subsequently came across his tomb in Père Lachaise and couldn't resist the photo. Is that weird? We resisted smiling. 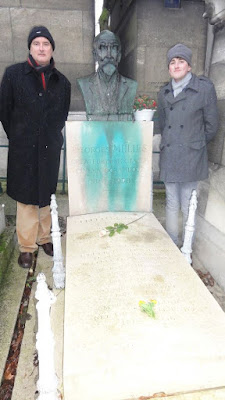 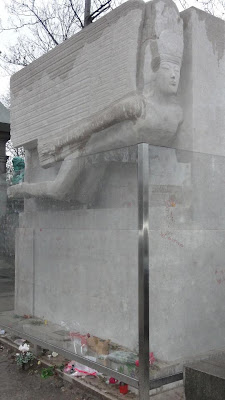