January 06, 2016
Now that the AQA GCSE is accredited we have a very good idea of what the new exam and exam questions will look like when they are first sat in 2018. I have made a little start on one aspect of the papers for frenchteacher.net: the Photo card part of the Foundation and Higher Speaking tests.

You can see the AQA specimens by using this link:

What strikes me, having done GCSE for many years, is that the standard is slightly tougher than what we have been used to. The Foundation Photo card questions are notably more demanding that the type of material weaker candidates had to cope with in the past. I also note that in the specimens at least, the gap between Foundation and Higher is by no means a chasm. When I wrote my own examples (see below), this presented a minor challenge.

Anyway, I did ten Foundation and ten Higher examples, using the same pictures I got from pixabay.com (a source of royalty free images, available for any use including commercial). Here are two examples so you can see immediately what is involved. Remember that the Photo card question is one of three parts to the whole oral exam, the other two being role play and general conversation. No more pre-learned presentations, therefore.

So this is how it works. Here is a picture: 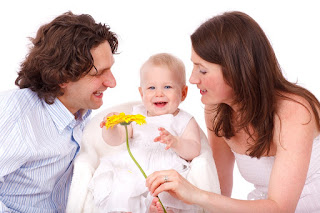 The candidate has to prepare three questions just before the test; the teacher also gets to ask two more surprise questions. (I have added suggestions for surprise questions in italics. These would no doubt need adapting, depending on the student's previous answers.)

Those roughly correspond with the difficulty level of the AQA specimens. Notice that candidates need more than just present tense to cope with the Foundation cards.

The AQA approach views the Photo card exercise as an extension of general conversation, which I like. The subject matter for the photos will be based on the themes and topics laid out in the specification.

In due course, I'll be adding more material which relates to the new specs.

Furthermore, according to the natural order hypothesis, the order of acquisition remains the same regardless of the teacher's explicit instruction; in other words, …
Post a comment
Read more