December 18, 2010
In January one of the training day sessions will be on questioning. It's being led by a chemist and I've no idea what his focus will be. Maybe we shall be referred to Bloom's hierarchy of questioning. He lists six types of question based on the following notions: knowledge (identification and recall of information), comprehension (organisation and selection of facts and ideas), application (use of facts, rules and principles), analysis (separation of whole into component parts), evaluation (development of opinions, judgements or decisions) and synthesis (combination of new ideas to form a new whole).

This may apply well enough to some subject areas, but in language teaching we have very specific goals when asking questions. Usually our aim to use skilled questioning to get students to understand and practise an area of grammar or vocabulary. We are often focused on form as much as content. If we question really carefully we can sometimes get students to induce rules for themselves, a process somewhat akin to natural acquisition of language. At a more advanced level our questioning aims to allow students to develop fluency and to communicate in a more authentic fashion.

Here is a hierarchy of question types for language teachers, starting from easiest:

(1) Yes/No questions: C'est un livre? (This can be done using true/false) The simple answer is oui or non, but you could get studenst to complete a sentence: Non, c'est un cahier.
(2) Either/or questions: C'est un livre ou c'est un cahier? (A longer answer is invited than with Yes/No; more decoding is required of the student. A variation on this is to make false statements which students have to correct. In this case a whole sentence answer is always demanded.)
(3) Choice from several options: as above, but you offer at least three options. This requires more decoding than (2)
(4) Question word question: quand est-ce qu'il arrive au collège? (This is harder as the student has to grasp the meaning of the question word and formulate a whole sentence answer.)
(5) Open-ended question: qu'est-ce qui s'est passé? (This demands a more open-ended response, maybe using more than one sentence.)
(6) Asking for opinion: que penses-tu des frais d'inscription à l'université? (This kind of question should elicit a longer answer. It demands more from the student since they have to supply their own view, not just give a factual response.)

This is all pretty basic stuff, but it is worth remembering the value and limitations of question-answer: it is an excellent way of controlling the selection and grading of language to be presented and practised, it ensures plenty of target language use in a meaningful way and it is a form of real, if classroom-based, communication. It is also highly adaptable.  The limitations are the relative artificiality of the communication, especially at beginner and intermediate level and the fact that, if it is conducted with a whole class, only one person can answer at a time. Pairwork questioning overcomes this limitation to some extent. 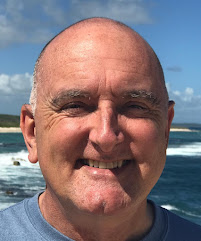